Your apartment is located on the so-called "Roten Insel" in Berlin Schöneberg. 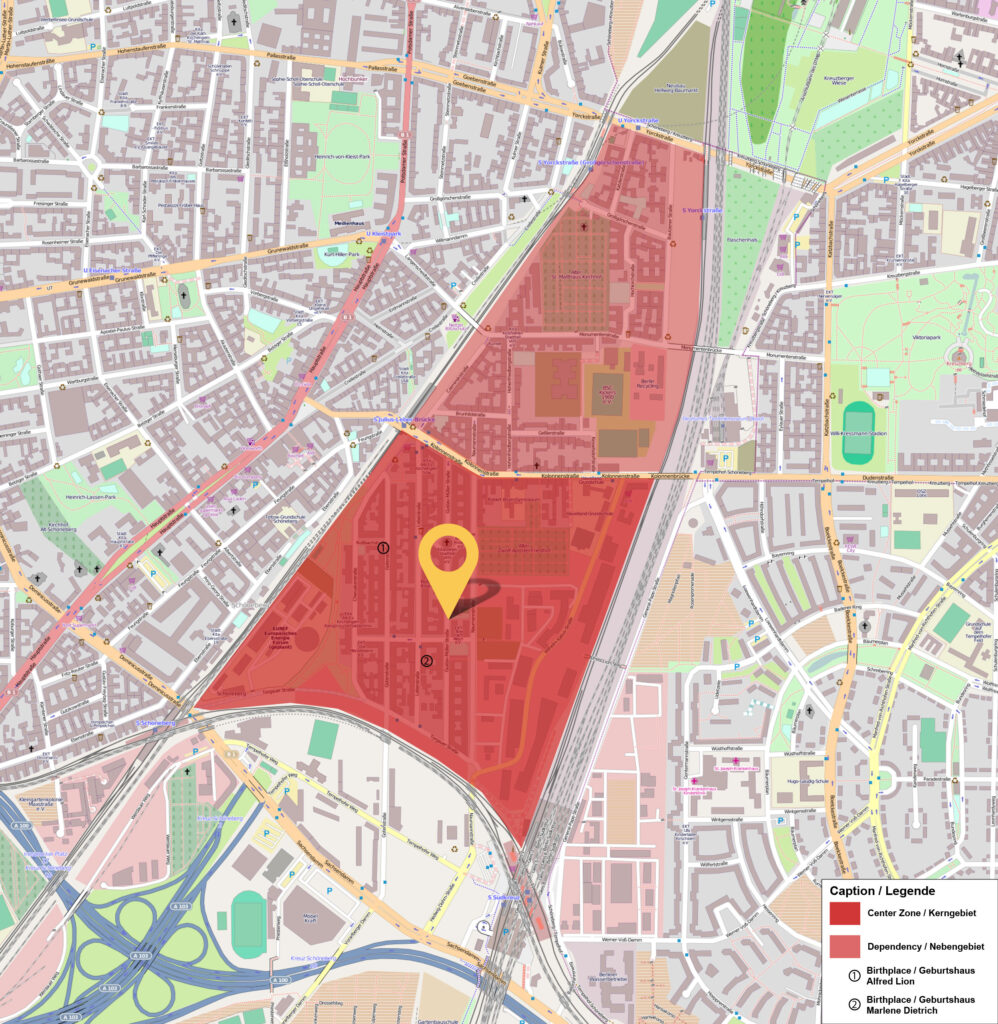 The quarter emerged from its island location between different train tracks and traditionally showed a “red” – that is, a more politically left – orientation of its population. The former resident population of the 1930s and 1940s put up some considerable resistance to National Socialism.

The name „Rote Insel“ The following anecdote bears traces of a big city myth, but it explains in a correct way why the island was given the attribute“ red ”:“ When in 1878 – the SPD was banned by the Socialist Act at that time – Kaiser Wilhelm I after two assassinations came back to Berlin after several months of cure and the city sank in “hurray patriotism” and a sea of black-white-red flags, the Schöneberg beer publisher Bäcker from Sedanstraße [note: name of today’s Leberstraße until 1937] had the red flag hung out the window. He was expelled from the country for this outrageous act. From then on, the Sedan district was called the “Rote Insel”. “

This construction phase took care of the majority of the construction on the island. The architectural style does not differ significantly from other inner-city Berlin districts. As a rule, these are buildings with up to five floors, in which apart from apartments, small shops and businesses were also housed. The island was also largely spared the consequences of the Allied air raids during the bombing war, which hit Berlin particularly hard in 1944 and 1945. The building stock of the imperial era has therefore largely been preserved intact – if one disregards some of the building sins of the 1960s to 1980s. 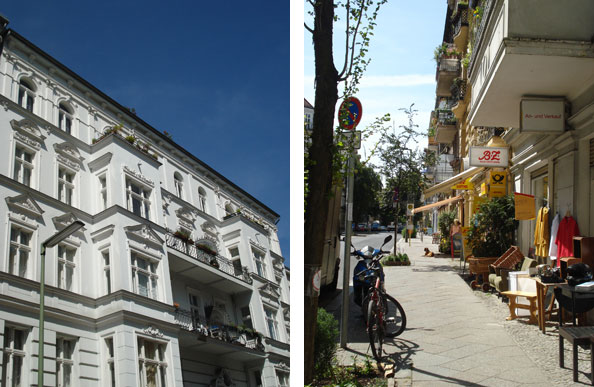 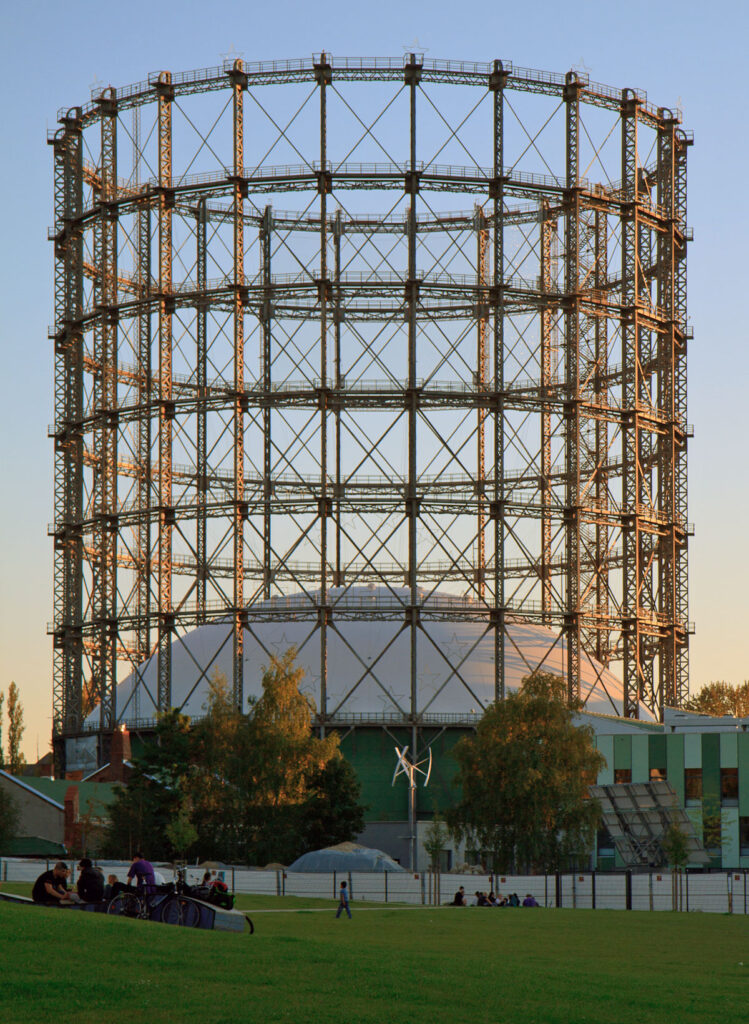 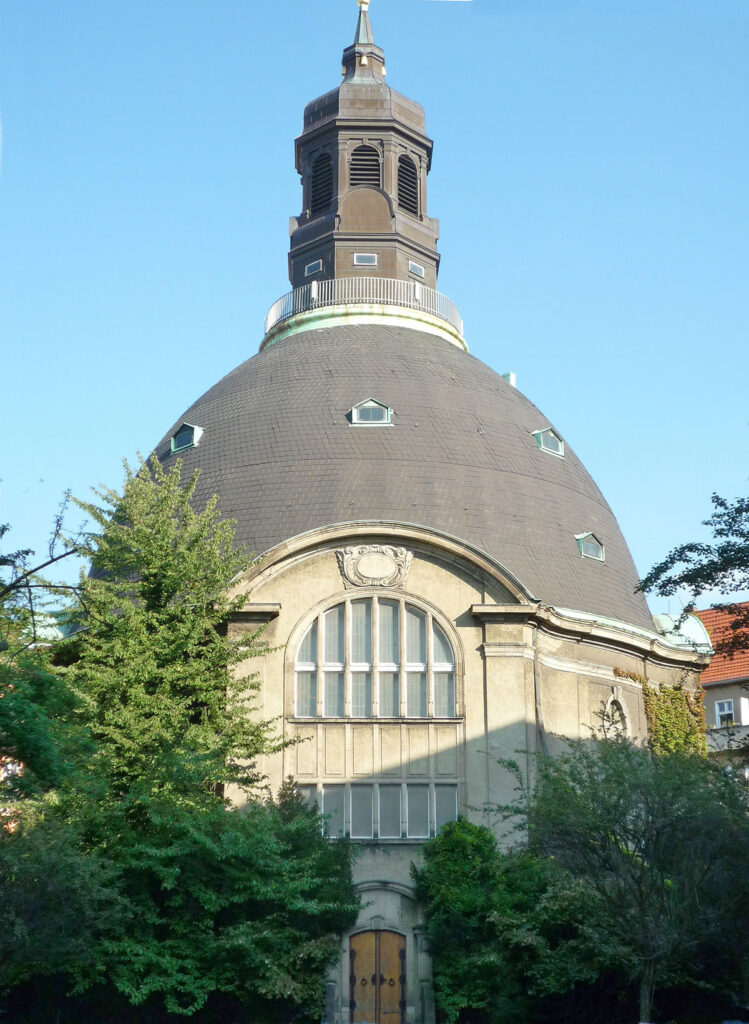 The Queen Luise Memorial Church from 1912 and the striking Schöneberg Gasometer – the industrial monument dominates the entire Red Island as an architectural landmark.

With its distinctive neo-baroque dome, the church structure shapes the image of the entire building ensemble. This dome is also the reason why Berliners refer to the church in the vernacular, somewhat disrespectfully, as the “Käseglocke”.

In 1904, the Evangelical parish of Schöneberg acquired the building site from the Schöneberg Boden-Gesellschaft mbH station for 65,000 marks.

In 1908 the “Competition for a Church on Gustav-Müller-Platz” was announced, for which 168 designs were submitted and three were awarded prizes. However, since none of these designs were initially accepted, another “closer competition” was initiated, in which five architects mentioned by name participated, including Sanmicheli Wolkenstein.

The hall church projected by the Friedenau architect Berger ultimately won this second tender and the foundation stone was laid on December 23, 1910. After fifteen months of construction, the church was consecrated on March 10, 1912.

You can find it in your area

19 minutes to the "Brandenburger Tor"